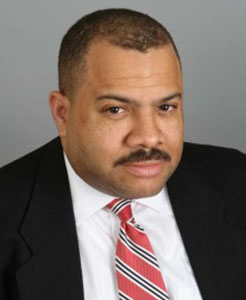 Upon graduation, Mr. Preston joined the law firm of LeBoeuf, Lamb, Greene & MacRae as an associate in the Litigation Department and worked on various litigation and arbitration matters in state and federal court.  Mr. Preston also worked in the Housing Unit of South Brooklyn Legal Services during his tenure.  He left LeBoeuf in 1995 and joined with Jesse Wilkins to form the partnership of Preston & Wilkins.

As a member of the firm of P&W, he has litigated actions based upon claims of breach of contract, wrongful termination, CEPA violations, personal injury and product liability. He has also argued appeals before the United States Court of Appeals for the Second and Third Circuits and litigated appeals before the New York State Supreme Court Appellate Divisions. He has also litigated to verdict complex real estate actions.  Mr. Preston has successfully represented the Newark Housing Authority and its employees in various employment-related matters since 2009. He is admitted to practice before the United State Supreme Court and the New York and New Jersey State and Federal Bars.